Why does the City of Olmsted Falls still employ Floyd Takacs as a police officer?

Yesterday, in the Cuyahoga County Court of Common Pleas, Brookpark resident Christie Elko filed a motion to withdraw a no-contest plea that she entered in criminal proceedings against her alleging that she resisted arrest during a 2016 incident where she was physically assaulted by Olmsted Falls police sergeant Floyd Takacs. Ms. Elko withdrew her plea due to her recent discovery of evidence that was withheld by the prosecution showing that Sergeant Takacs has a long and documented history of abusive and violent conduct toward women.

In the underlying 2016 incident, Takacs approached Elko while she was standing on the sidewalk and began to question her about a domestic-violence report without turning on his department-issued body camera to record the interaction. When Ms. Elko (who is a member of the LGBTQ community) criticized the aggressive manner of his questioning, Takacs grabbed her without any lawful cause, wrestled her to the ground, and shouted, “you’re under f*cking arrest you stupid f*cking dyke.” 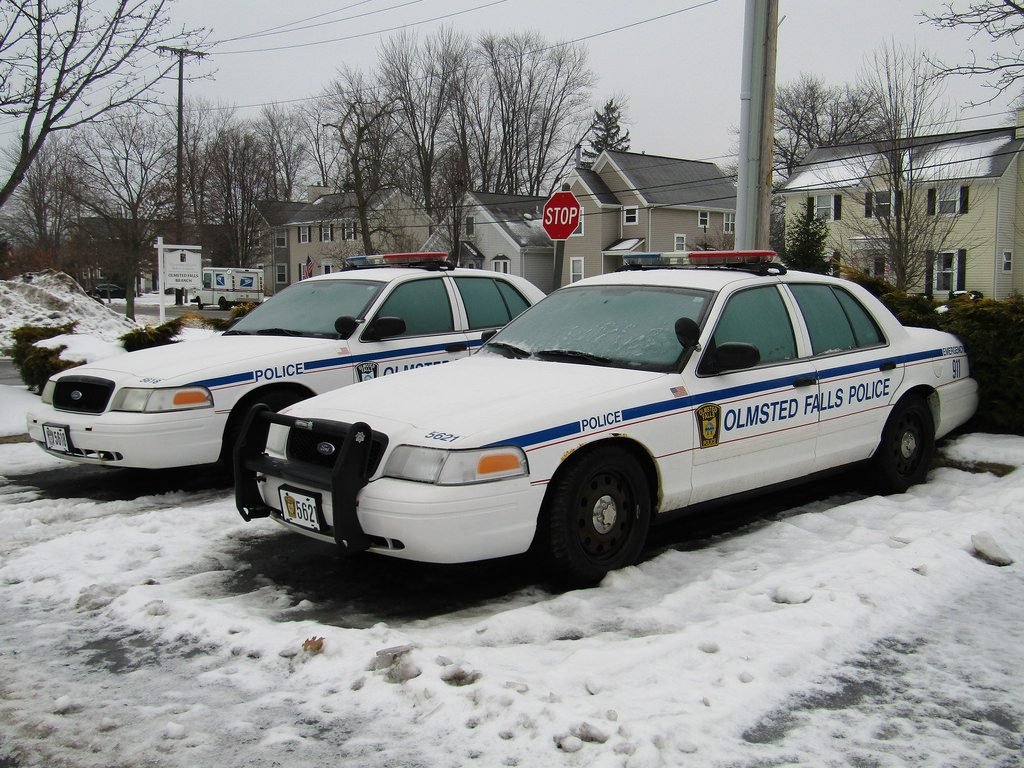 The City of Olmsted Falls pursued criminal charges against Ms. Elko in retaliation for her feeble efforts to defend herself from Takacs’s attack, including a felony charge of assault on a police officer. Rather than risk a felony conviction, Ms. Elko decided to plead no-contest to a lesser charge of resisting arrest, but she did so without access to or knowledge of Takacs’s voluminous disciplinary record. Despite that presiding Judge Joseph D. Russo ordered the State to produce these records in the criminal proceedings, it did not do so. It was only months later that Takac’s disciplinary file was produced by private defense attorneys in Ms. Elko’s federal civil case alleging excessive force against Takacs and other violations relating to the same incident. These records, which are attached to Ms. Elko’s motion, include:

Ms. Elko argues that she has a right to withdraw and reconsider her plea in light of these documents, which show that Takacs has a well-known and well-documented habit of engaging in precisely the type of unwarranted violence against women in which he engaged against her. She further argues that this information is relevant to Takacs’ credibility, his bias against women, and his intent, plan, and absence of mistake in turning off his body camera during the incident at issue and using excessive force against her.

“Ohio courts are well within their discretion to correct manifest injustice by allowing a party to withdraw a plea where relevant evidence was withheld,” said Elko’s attorney, Peter Pattakos. “And it’s fundamental that the suppression of exculpatory evidence violates due process. Just as pertinent to us is the question, why does the Olmsted Falls Police Department continue to employ Floyd Takacs? Given his long and documented history of abusive conduct toward women and inability to control his violent temper, it’s clear that he’s unfit to serve as an armed law-officer. His assault of Ms. Elko could have been prevented had Olmsted Falls used responsible employment practices. The City and the surrounding community should take heed of the documented warnings by Takacs’s co-workers of his explosive and escalating behavior to prevent any further harm.”