Yesterday, Brecksville Councilman Jack Petsche filed a lawsuit in the Cuyahoga County Court of Common Pleas seeking temporary and permanent court orders against City leaders who have instituted unconstitutional and politically motivated proceedings to remove him from his elected office. 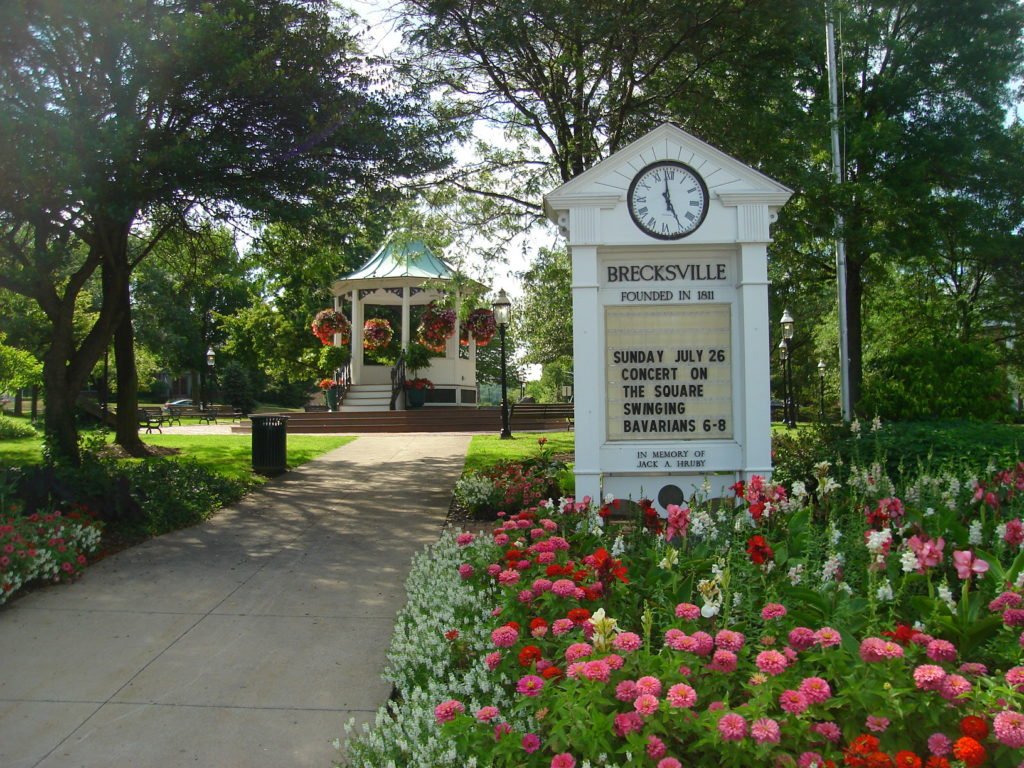 Petsche, a Brecksville resident since 1996, has been an effective voice for progress and consistent challenger to an inert status quo in Brecksville government since long before he was elected to Brecksville City Council in the fall of 2017.

In 2012, Petsche and his wife Rose drafted and led an ultimately successful ballot initiative by which the City’s residents adopted a formal resolution supporting a national constitutional amendment intended to ameliorate the corrupting effects of corporate money on U.S. elections, and declaring a City-wide “Democracy Day,” requiring the City to hold a public hearing on the influence of money on politics.

City leaders opposed this resolution, including law director David Matty who unsuccessfully challenged it on the City’s behalf at the Cuyahoga County Board of Elections, and longtime Mayor Jerry Hruby, who, also unsuccessfully, sought to invalidate the resolution in The Supreme Court of Ohio.

Late in the summer of 2018, Petsche drew the ire of his fellow councilpersons and other City leaders, including Hruby and Matty, by speaking out against the City’s treatment of a $680,000+ shortfall in a municipal bond fund for the construction of water and sewer lines to Brecksville’s Four Seasons neighborhood, which was one of the newest and most expensive residential developments in the City. This discrepancy related to charges that the County erroneously failed to assess to Four Seasons residents, who included two Council members. When City officials discovered this shortfall, Hruby, Matty, and Council—who, together, had somehow overlooked the error for 15 years—attempted to approve an appropriation to pay it from the City’s general fund, which caused Petsche to speak out against the lack of transparency in this process. This sparked media coverage and vocal public opposition to the bailout, and also led to the formation of a political group called “A Better Brecksville,” which ran a slate of four Council candidates seeking to inject new and independent voices into the Brecksville government. Hruby and Matty both publically expressed their anger with Petsche over his opposition to their Four Seasons dealings.

On September 12, 2018, only six days after local news outlets first reported on the Four Seasons controversy to which Petsche alerted them, Mayor Hruby and Law Director Matty submitted a letter to the Ohio Ethics Commission alleging that Petsche had committed violations of Ohio Ethics Law in connection with work performed on the City’s new police station by Petsche’s construction company, USA Roofing Inc. Hruby and Matty submitted this complaint against Petsche even though they knew that USA. Roofing was hired as a subcontractor for this job before Mr. Petsche was elected to council, and only after having submitted a competitive bid for the work in response to the general contractor’s request for proposals. It was no secret to City officials, including Hruby and Matty, that Petsche was the owner of USA Roofing.

And yet Hruby and Matty did not alert Petsche or the public about their accusations against Petsche, instead proceeding in secret with their plan for political payback.

In fact, it was not for another eight months that Petsche received any indication from City leaders that there was anything improper about USA Roofing’s work for the City. This was in the spring of 2019, when construction of the new Brecksville Aquatic Center went out for bid. Several general contractors requested that USA Roofing submit a bid for the work. In response, USA Roofing submitted a bid for the subcontract, being unaware—due in part to Hruby’s and Matty’s secrecy in submitting their ethics complaint against him—that Section 2 of Brecksville’s Charter barred an elected official from directly or indirectly having or soliciting an interest in a contract with the City. It was Petsche’s understanding that if USA Roofing’s bid was competitively submitted, USA Roofing was the low bidder on the project, and that Petsche had no role in approving the contract for the City, that it was not improper for his company to do the work for the City, and that it would indeed be a service to the City to be the lowest bidder for the work. This understanding is consistent with Ohio Revised Code § 2921.42(C) governing public contracts in the State of Ohio.

In May of 2019, unbeknownst to Petsche, a contractor submitted its bid to the City for the Aquatic Center project, which listed USA Roofing as the roofing contractor. On May 13, also unbeknownst to Petsche, a Brecksville official emailed the contractor, copying Mayor Hruby, requesting that they “please remove USA Roofing from the subcontractors list for the New Aquatic Center Project.” At a meeting on May 21, 2019, Council voted to award the contract to this contractor as the low bidder. After this meeting, Petsche told Council President Mike Harwood that he abstained from the vote because he 7 believed there was a chance that USA Roofing would be awarded the roofing subcontract. Harwood then asked Petsche to repeat what he had just told him to Matty, and Petsche did so. In response, Matty and Harwood provided Petsche with the first indication he had received from City officials that it was improper for USA Roofing to submit competitive bids for City work.

This issue did not come up again until August 6, 2019, the same day Petsche announced that he would run for Mayor that November against Hruby, the incumbent who has held the office for nine consecutive terms since 1987 and usually runs for re-election unopposed. At a Council meeting on this day, Matty finally accused Petsche publically of having an improper interest in the roofing subcontract for the police station, for which Petsche submitted the low bid, to a private contractor, in 2017 before he was elected to Council. At this meeting as well as at the next Council meeting on September 3, Hruby, Matty, and Council members feigned surprise and outrage that Petsche was affiliated with USA Roofing, and threatened to have him removed from his elected Council seat. Additionally, Council members leveled accusations against Petsche regarding who was funding his mayoral campaign, as well as the Democracy Day” initiative in 2012.

After City leaders threatened to remove him from office based on what was, at most, an unintentional and harmless violation of the Charter, Petsche’s attorneys sent Matty correspondence citing clear Ohio Supreme Court precedent holding that under the Ohio Constitution, because it is “the people by their votes [who] determine their choice of officers, and they should not be robbed of the fruits of such choice for slight or insufficient reasons,” an elected official in Ohio may only be removed from office “for clearly substantial reasons and conclusions that his further presence in office would be harmful to the public welfare.”

After receiving this correspondence from Petsche’s attorneys, the City put on hold its plans to remove Petsche from office, and did not take any apparent action in furtherance of these plans for another nine months, until June 16, 2020, when Brecksville’s Assistant Law Director Sergio DiGeronimo served Petsche with a document purporting to notify him of proceedings to “expel” him from his Council seat.

According to this notice, the City purports to be entitled to remove Petsche from office because USA Roofing submitted a competitive bid, as a subcontractor, to a general contractor for the job on the Brecksville Aquatic Center Roof. As noted above, Petsche was ultimately not awarded this contract, he was not aware of the Charter provision barring Council members from having or soliciting an interest in a public contract, and was not aware that he was doing anything improper by submitting a competitive bid for a construction project to a private contractor.

Upon being notified of this Charter prohibition, Petsche has not had an interest or attempted to have any interest in any contract whatsoever with the City of Brecksville. He would, of course, have been aware of this provision much sooner had Matty and Hruby notified him of it at the time they submitted their secret ethics complaint against him.

Brecksville’s attorneys have effectively ignored demands from Petsche’s lawyers that the City comply with Ohio law in conducting their expulsion proceedings, thus requiring Petsche to file yesterday’s lawsuit, in which he seeks two declarations from the Court: (1) First, confirming that the City may not expel one of its elected officials under Section 2 of its Charter—which prohibits a public official’s direct or indirect interest in a public contract—without evidence of clear and substantial misconduct, as required by the Ohio Constitution, and not for a single unintentional and harmless violation; and second (2), confirming Petsche’s constitutional right to an impartial tribunal to preside over any such proceedings, thus disqualifying his political opponents in the Brecksville government from doing the same, as they apparently intend to do.

Peter Pattakos, one of the attorneys for Petsche, has issued the following statement:

“If Hruby and Matty really believed that Petsche had caused any harm to Brecksville residents through his work with USA Roofing, or was a threat to do so in the future, they would have said so publicly. Instead, they submitted a secret ethics complaint against him and waited for 8 months before giving any indication that they believed Petsche had done anything wrong. Their intent here was obviously to serve themselves, not Brecksville residents, hoping that Petsche would make additional unintentional mistakes to further their plans for petty political payback.

“It’s telling that such a long-established political order has so recklessly retaliated against an elected official who has dared question the status quo, and it shows a stunning disregard for the wishes of the Brecksville voters who put him in office. Thankfully, the Ohio Constitution guarantees voters their choice of elected officials, and guarantees due process to elected officials falsely accused of misconduct. Petsche was quite apparently on to something with the Democracy Day resolution. We look forward to defending this unlawful attack on his Council seat and to clearing him of all the retaliatory charges against him.”