This morning, Dawn Jones-Harrington, a Canton resident who has served the community for ten years and counting as a counselor at GlenOak High School, filed a lawsuit in the Stark County Court of Common Pleas against Stark County detective Rocco Ross arising from Ross’s falsification of criminal charges against her last November. 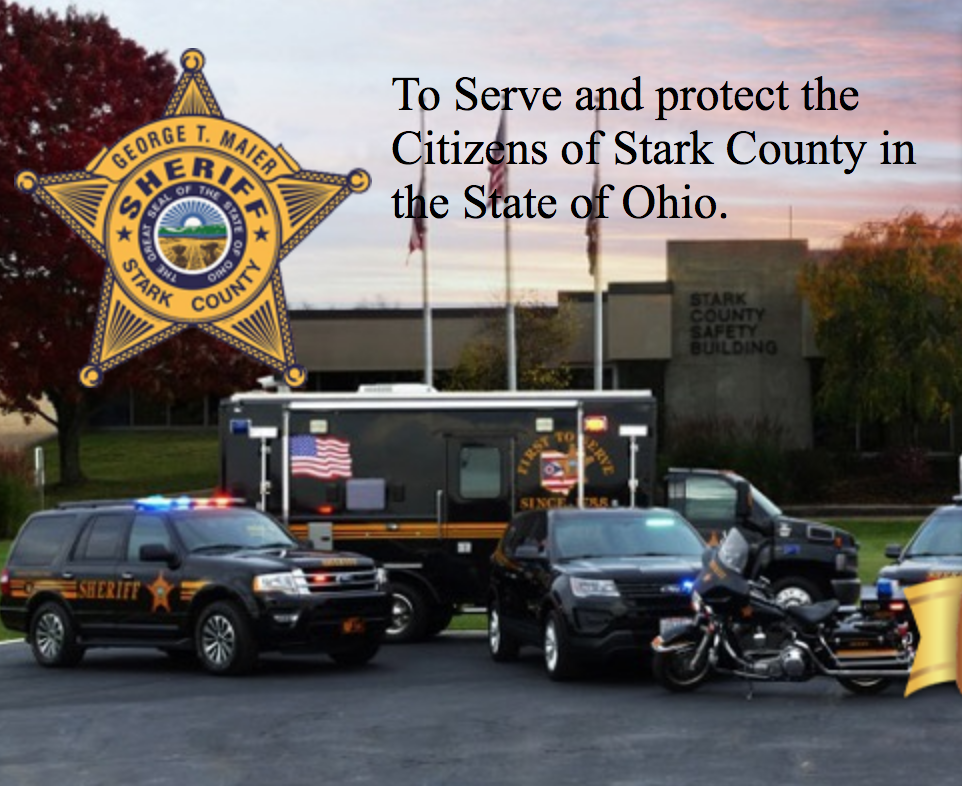 The filed complaint recounts that on the morning of November 6, 2019, while Harrington was asleep in her bedroom, officers from the Stark County Sheriff’s Office, including Ross, arrived at her home and began questioning her family about a relative who was suspected of committing a robbery in a nearby neighborhood.

After Harrington’s frightened daughter awoke her to speak with Ross, a white man, Harrington, a black woman, told him that she had not seen the suspect, had no reason to believe he was in her home, and, due to Ross’s aggressive and hateful demeanor in interrogating her, which caused her to fear for her and her family’s safety, advised that she would not consent to Ross’s search of her home.

Harrington then shortly contacted other Stark County officers to confirm that she wanted to cooperate with the investigation and would consent to a search of her home once her family had been safely removed from the scene, and officers other than Ross could participate in the search.

Ross knew that the suspect had been located and detained as of 10:40 a.m. thanks to Harrington having consented to a search of her home. But despite this knowledge, Ross—who apparently resented that his aggressive and hateful conduct caused Harrington to exercise her constitutional right to withhold consent to his search of her home until other officers could arrive at the scene—knowingly lied about Harrington to cause her to be prosecuted for obstructing justice under Ohio Revised Code 2921.32, a third-degree felony. Specifically, both in his official documentation of this incident and under oath at a preliminary hearing, Ross falsely stated that Harrington prevented officers from capturing the suspect by withholding her consent for the search until Ross returned to the home with a warrant.

When Ross’s lies were revealed at Harrington’s trial, presiding Judge Frank Forchione criticized his “very flawed investigation,” including his “mistiming on the search warrant,” and his having “misspoke” about Harrington under oath at the Daniels preliminary hearing. Accordingly, Judge Forchione dismissed the charge against Harrington in the middle of trial, observing that the case had “more holes than swiss cheese,” noting that he was so “disturb[ed]” and “tortur[ed]” by the State’s attempted prosecution that he could not “take it anymore,” and holding that “reasonable minds can only come to one conclusion”—that is, that Harrington was innocent.

If Ross had not lied to obstruct the fact that Harrington gave consent to search her home long before a warrant was ever obtained—the very house that was actually searched, and where the suspect was actually found—there could not possibly have been probable cause for a charge that Harrington had obstructed justice.

Because this prosecution was based on Ross’s intentional misrepresentation, Ross is liable to Harrington on a claim for malicious prosecution under Ohio law.

Before filing the lawsuit, Harrington reached out to Ross and Stark County officials in an effort to resolve the matter without litigation, but she did not receive any response or any other indication that Ross or the County were interested in a settlement.

“When officers are sworn to uphold the law, they of course must also be entrusted with the power to do so,” said Harrington’s attorney Peter Pattakos. “The fact that power tends to corrupt is why it’s so important that those entrusted with it be trained and disciplined so as to not abuse it. Here, unfortunately, we see a clear case where a law officer abused his to vindicate a personal grudge, resulting in false criminal charges being filed against Ms. Harrington—one of the worst things that can happen to a citizen at the hands of the State. We don’t understand why Stark County officials couldn’t simply acknowledge the obvious wrong here like Judge Forchione did at trial and pay reasonable compensation to Ms. Harrington for what she was put through, but we are proud to represent her and look forward to vindicating her rights in court as necessary.”

Harrington is also represented by Attorneys Ladi Williams, of Merriman Legando Williams & Klang in Cleveland, and Rachel Hazelet of the Pattakos Law Firm in Fairlawn. A copy of the filed complaint is available here.