TOLEDO—Yesterday, Judge Lori Olender of the Lucas County Court of Common Pleas issued an order dismissing a lawsuit filed by the Thomas More Society on behalf of the Right to Life Action Coalition of Ohio, Greater Toledo Area Right to Life, and anti-abortion activist Jeffrey Barefoot seeking an injunction to close Capital Care of Toledo Ohio, one of only nine abortion clinics remaining in Ohio and the only one in the northwest quadrant of the state. 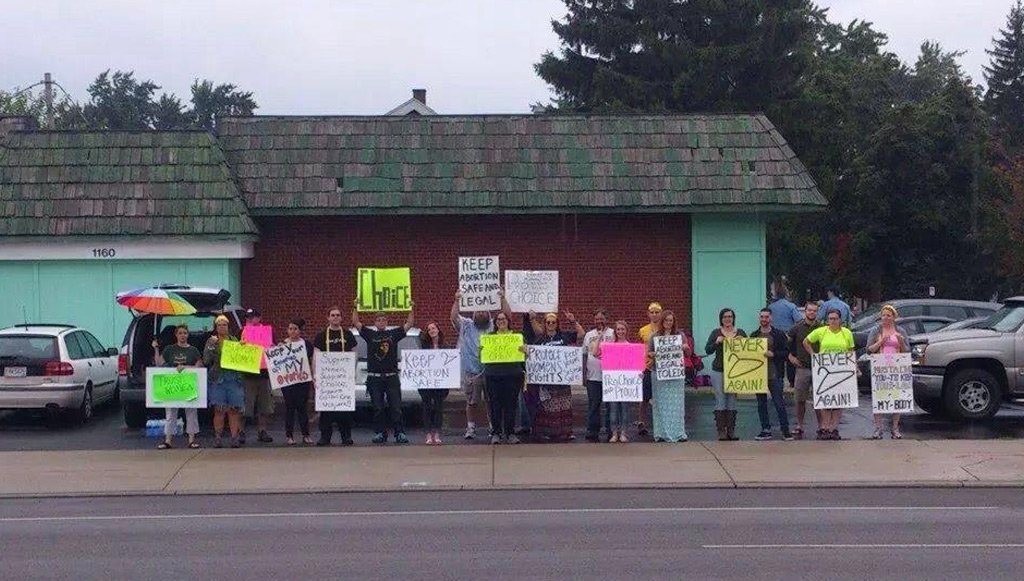 The lawsuit was filed in the Wood County Court of Common Pleas in March, and was based on allegations that Capital Care and its owner, Amelia Stower, were engaged in the unauthorized practice of medicine.

Capital Care and Stower immediately moved for dismissal of the lawsuit, arguing that any complaints of unauthorized practice of medicine must first be investigated by Ohio’s state medical board, and may only be litigated if the board finds a violation. Here, the plaintiffs filed suit without notifying the medical board, and only registered a complaint with the board after the initially presiding judge pointed out this procedural requirement. After the board investigated plaintiffs’ complaint it issued a letter confirming that there was no violation, which Capital Care immediately filed with the court. 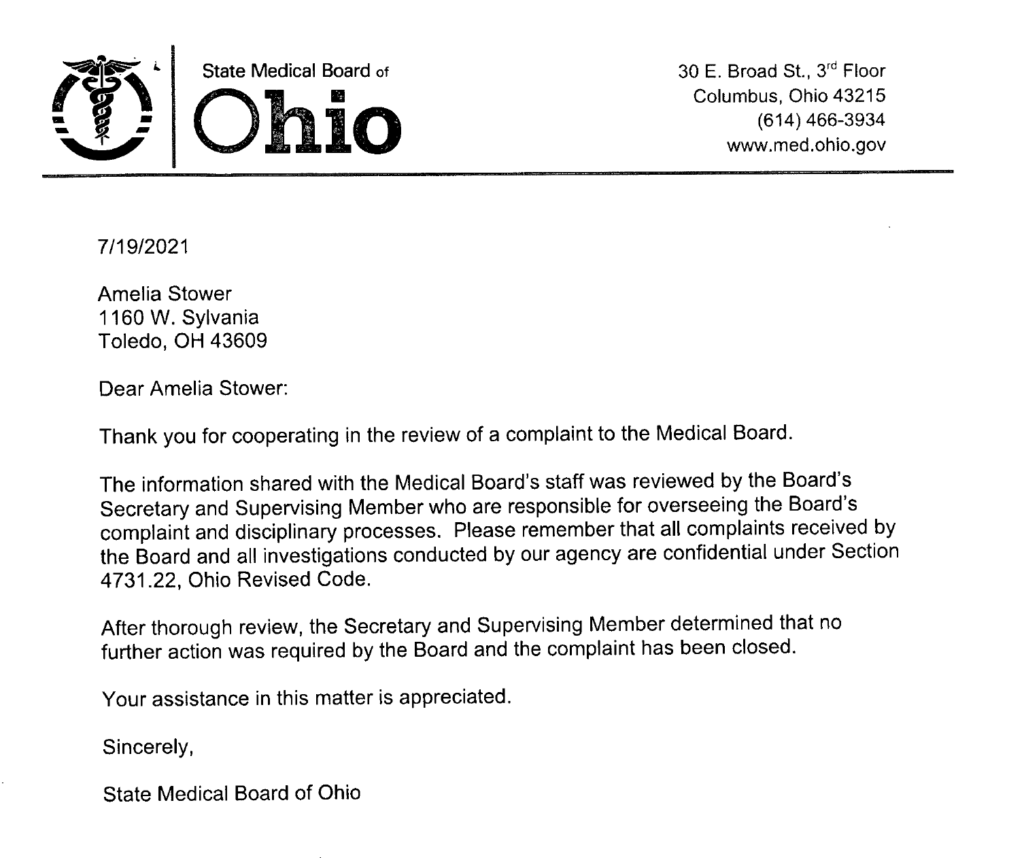 Judge Olender agreed with Capital Care, ruling yesterday that Ohio law “is not intended for just anyone to file suit” seeking an injunction against the unauthorized practice of medicine, that plaintiffs’ recourse was limited to “fil[ing] a complaint with the State Medical Board,” and that plaintiffs “clear[ly] lack[ed] standing” to assert their claims.

Olender also set a hearing to determine the amount of attorneys’ fees that plaintiffs should be ordered to pay Capital Care for having initially filed the case in Wood County, an improper venue.

“Plaintiffs’ attempt to bully Capital Care out of business by filing a frivolous lawsuit thankfully didn’t work,” said Peter Pattakos, one of the attorneys for Capital Care and Stower. “Plaintiffs’ allegations were flat-out false, as confirmed by the state medical board, and Ohio law rightly doesn’t allow private parties to usurp the board’s role in investigating complaints of unauthorized practice of medicine. We’re grateful that Judge Olender upheld this common-sense principle in her ruling, which ultimately serves to protect all Ohioans’ rights to bodily autonomy and access to health care, as well as doctors and other healthcare workers who lawfully do their jobs. This case exemplifies the lows to which certain zealots who claim a higher moral authority will sink to abuse the truth and the court system to attack women’s rights. Regardless of one’s political or religious beliefs, all should be grateful for Judge Olender’s confirmation that cases in Ohio courts are decided based on law and facts, and not on demonstrably false lies.”