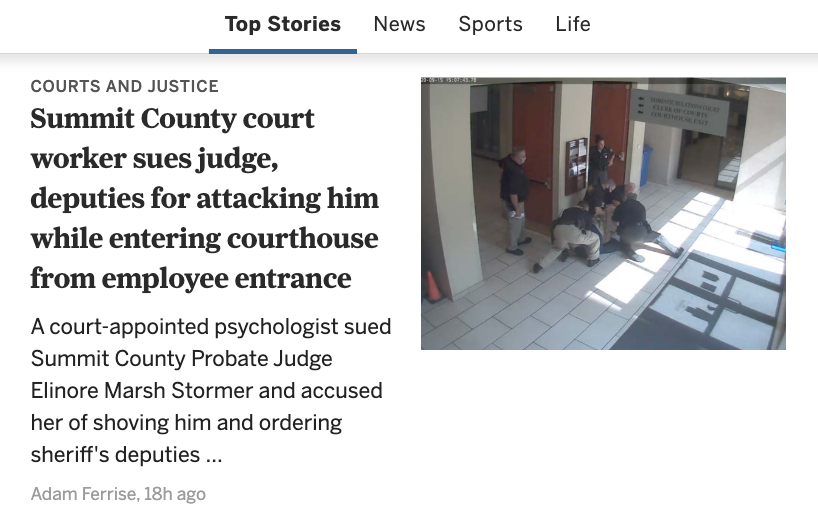 Williams’ attorney, Peter Pattakos, wrote in the lawsuit, filed in federal court in Cleveland last week, that Stormer lied about the interaction and that investigators covered up the incident after surveillance videos of the incident went missing.

Pattakos said if Marsh Stormer had tried to have a short conversation with Williams, the entire ordeal would have been averted.

“It is beyond belief that instead of even trying to have this conversation with Williams, the judge tried to shove him out the door and then just sicced the courthouse police on him to have him beaten, tackled, tased and arrested as she then just breezily walked away from the scene,” Pattakos said …

Pattakos, who took over as Williams’ attorney, filed motions to dismiss the charges based on the lack of surveillance videos and because prosecutors violated Williams’ speedy-trial rights. Visiting Judge James Kimbler agreed with the speedy-trial issue and tossed the case.

“It is just an egregious abuse of power and an egregious violation of citizens’ most basic civil rights, and it shows just how insulated from any real public accountability our public officials have become,” Pattakos said.

Click here to view a PDF of the full Cleveland.com report

Click here to view a copy of the filed complaint