In the interests of correcting the record and mitigating the damage caused by the defamatory accusations of antisemitism that made local, national, and international headlines and cost Marcus Wattley his job at the pinnacle of the high-school football coaching profession as the first black head coach in the storied history of the Canton McKinley program, we are releasing transcripts of deposition testimony that we have recently taken in our pending defamation suit on behalf of Wattley and his assistants against their false accusers. 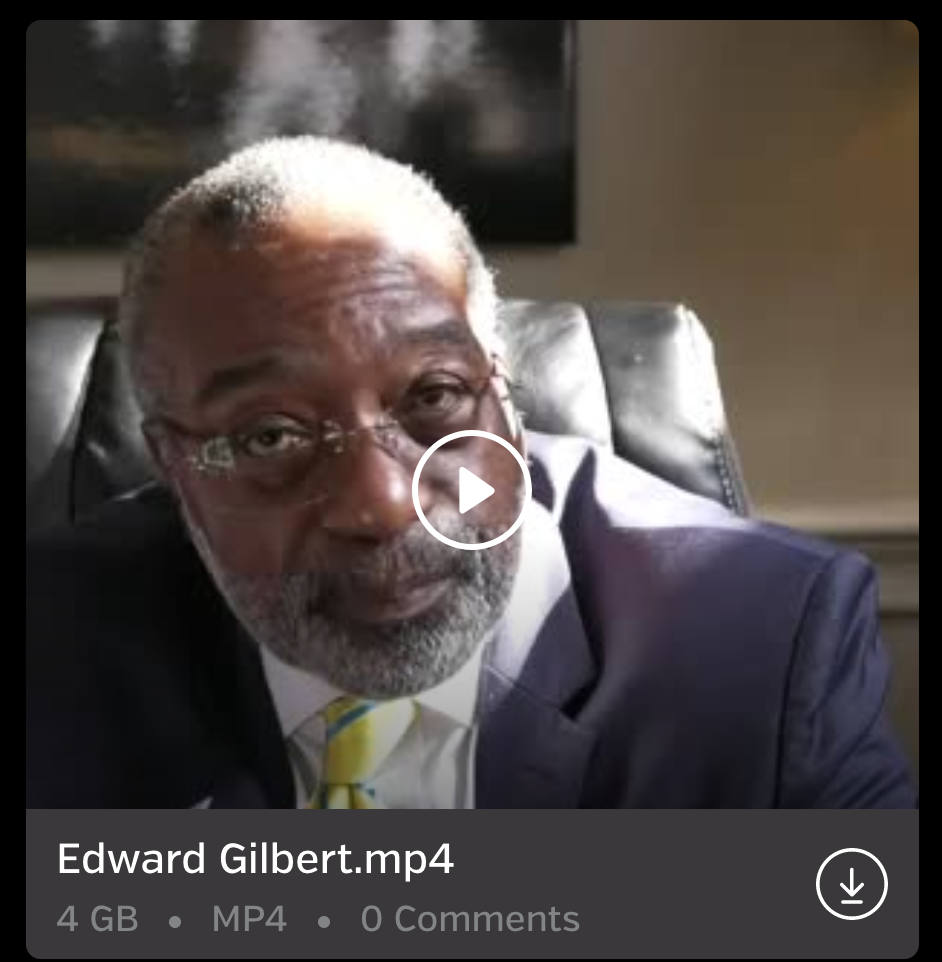 First, recall that Wattley—and his assistant coaches Frank McLeod, Zachary Sweat, Romero Harris, Cade Brodie, and Tyler Thatcher—were accused in the local, national, and international press by attorney Edward Gilbert of forcing one of their players, K.W., to eat pork—a pepperoni pizza—against the player’s alleged Hebrew Israelite religion. Additionally, Gilbert also specifically charged the coaches with knowledge of K.W.’s religion and accused them of deliberately designing a punishment at a team training session on May 24, 2021 that was intended to cause “psychological harm” to the player by specifically violating his religion’s prohibition of eating pork.

For example, Gilbert told the New York Times, in an article that was published on June 2, 2021, days before the coaches lost their jobs, that “[K.W.] is of the belief — and that’s what hurts him so bad is — that the coach knew of his beliefs and wanted to punish him, and it’s our view that it was done intentionally and that it was a punitive act,’ Mr. Gilbert said.”

Two weeks later, on June 15, 2021, Gilbert told Fox 8 News in Cleveland that “This was a punitive act on the part of the coaches, an act that was deplorable and was designed to psychologically injure this child and we have now submitted this matter to the US Attorney as a possible hate crime and I understand as of yesterday they turned it over the FBI for a full investigation.”

And on June 26, 2021, Gilbert appeared on the Talkline podcast with Zev Brenner, where he called Wattley “an ignorant African American anti-Semite.”

As soon as Gilbert’s accusations first surfaced, eyewitnesses immediately went on record to confirm that they were false. Several Canton McKinley players who participated in the training session confirmed that K.W. had recently been disciplined by the coaches for behavioral issues after having been reported by his own father for using marijuana. After the player’s behavior had not improved, and his marijuana use apparently not abated, the coaches made a final effort to get through to this star player—a rising senior who at the time had several Division I scholarship offers—with a lesson about teamwork, leadership, and accountability by serving him a pepperoni pizza and Gatorade while his teammates performed exercises in the same room.

As K.W. confirmed at his deposition, he understood that the coaches were concerned that he was putting his future in jeopardy, and that the purpose of this lesson was to teach him that it is a privilege to work as a member of the Canton McKinley football team. 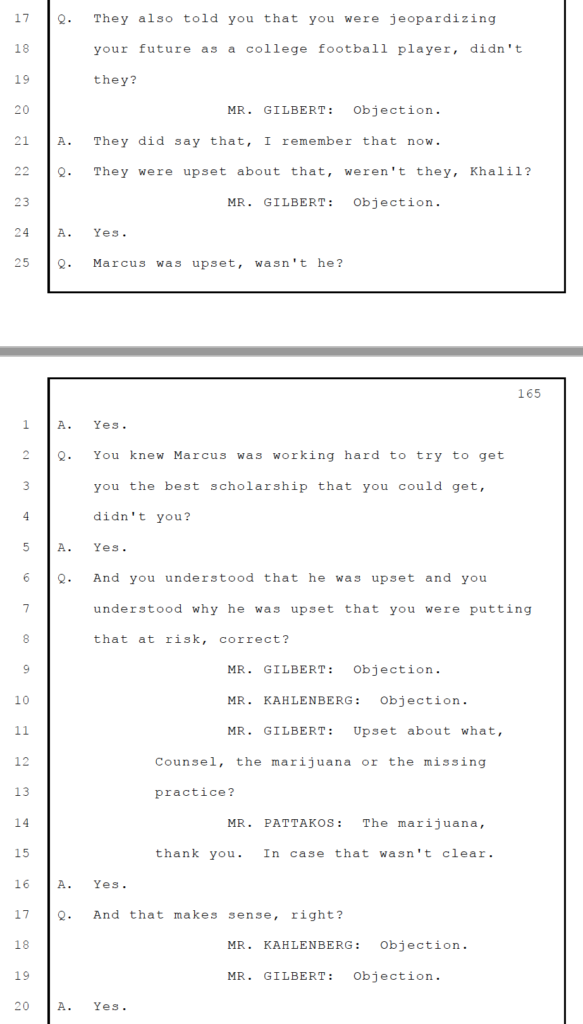 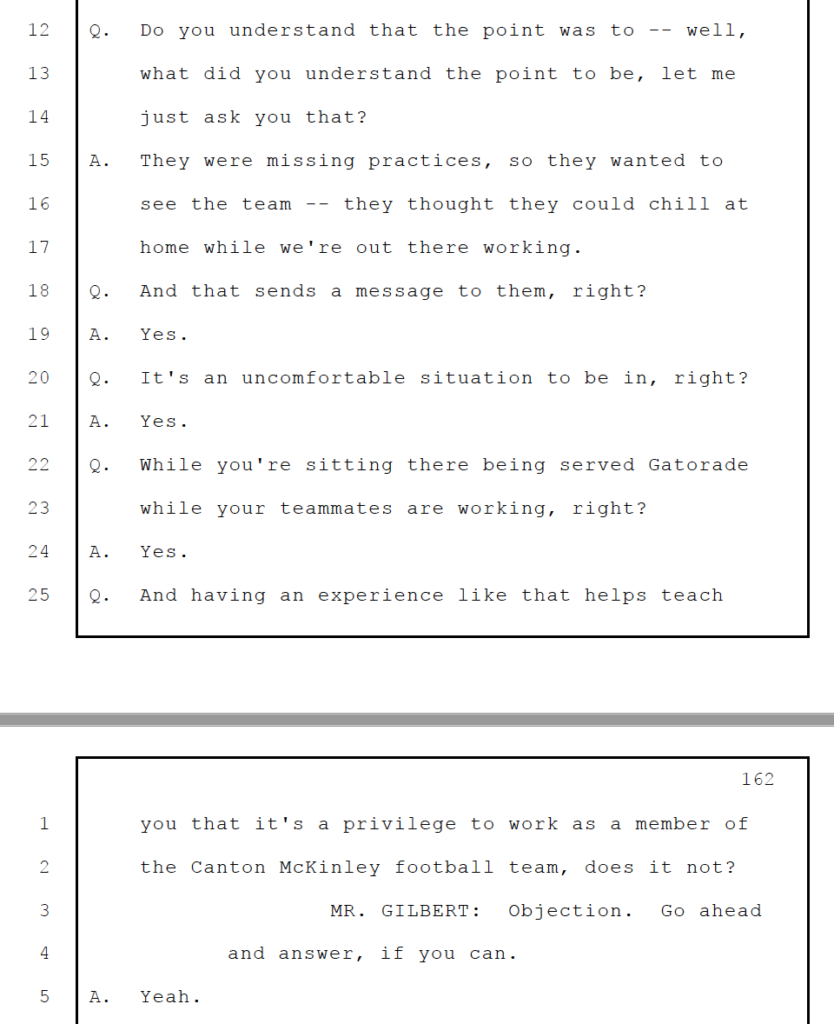 Sworn testimony of players and coaches has similarly confirmed that Coach Wattley told the team, during this exercise, that “It’s easy to be selfish when no one is watching, but it’s not so easy to be selfish in front of your teammates.” 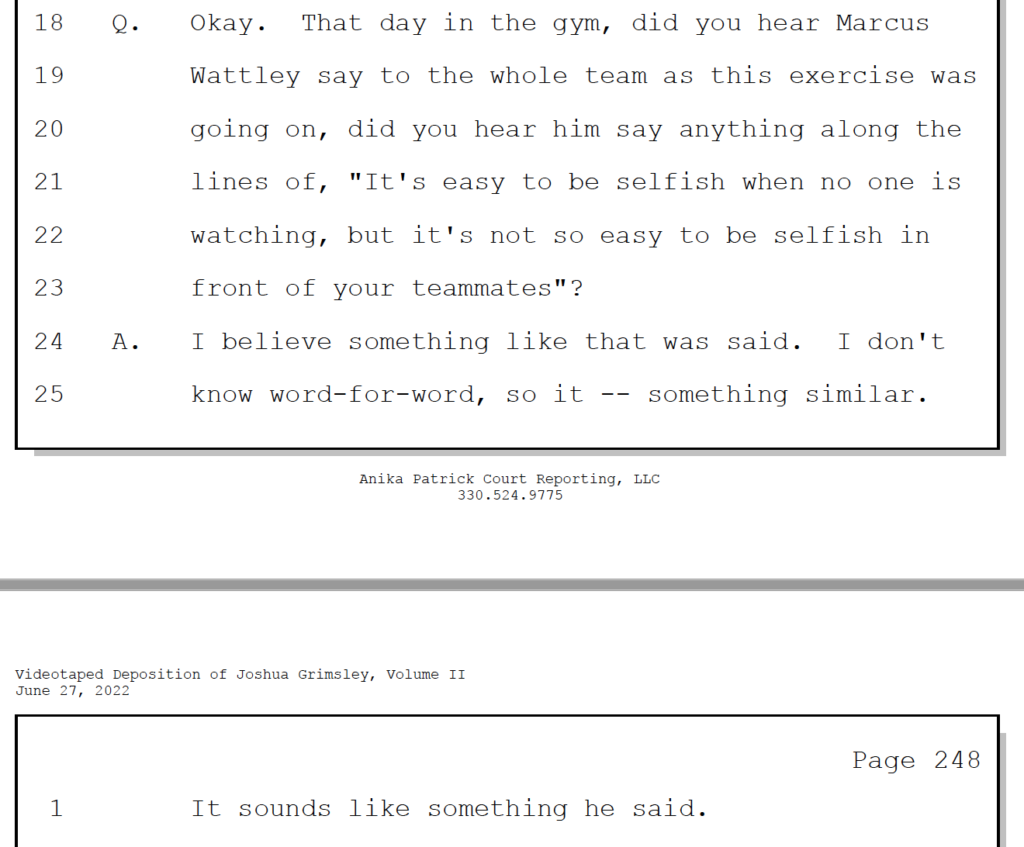 And investigatory records produced by the school district and sworn affidavits provided by players who were in the room confirm that the coaches offered K.W. an alternative to the pepperoni pizza after he complained that he didn’t eat pork, including chicken or McDonalds, and that K.W. was told he was free to leave if he didn’t want to participate.

K.W. admittedly chose to stay in the gymnasium, pick the toppings off the pizza, and eat a portion of the crust over the course of about 20 minutes as his teammates performed exercises in the gym around him. K.W. confirmed at his deposition that it’s “easy for him to eat a whole pizza when he’s hungry” and his father similarly testified that “if a cheeze pizza was brought to him” it “would have been ate within two minutes.” 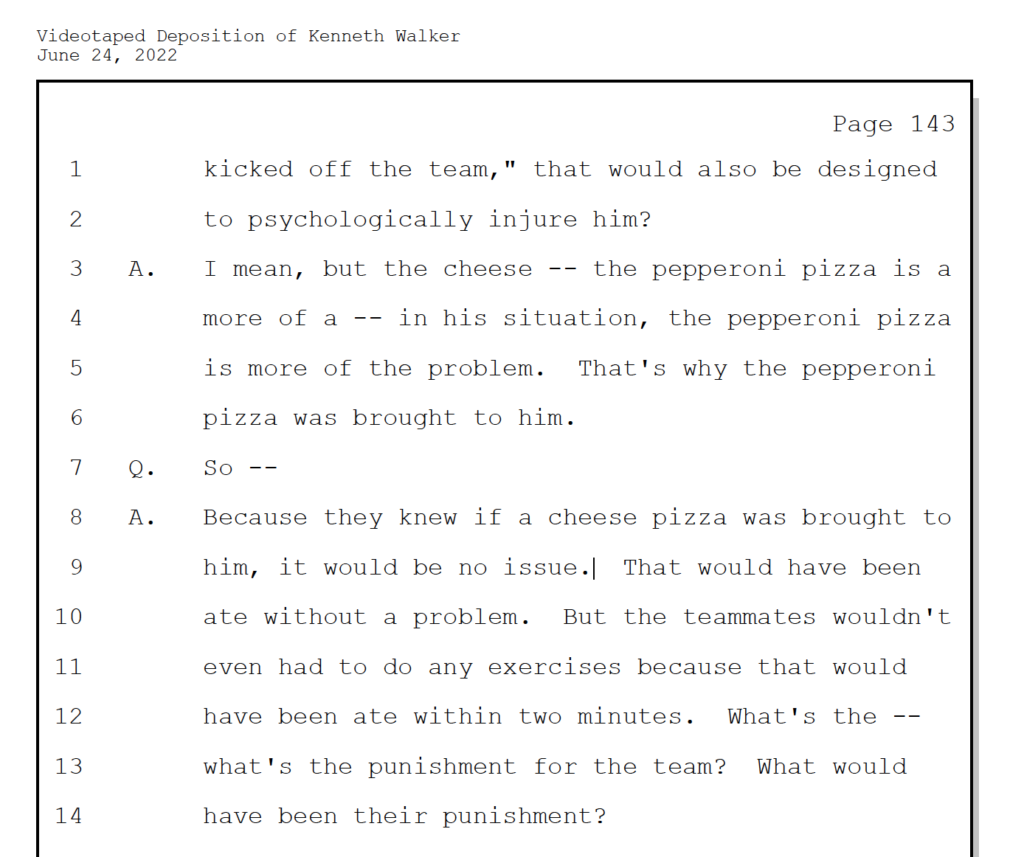 While the above testimony is plenty to prove the defamatory nature of Attorney Gilbert’s accusations of anti-Semitism against the Coaches, K.W. left no doubt about this at his deposition on June 23, 2022, where he confirmed under oath that as of the date of the pizza incident, he had never told the coaches that he practiced any religion at all, and that the coaches “[n]ever had any reason” “to believe he was the member of the Hebrew Israelite faith.” 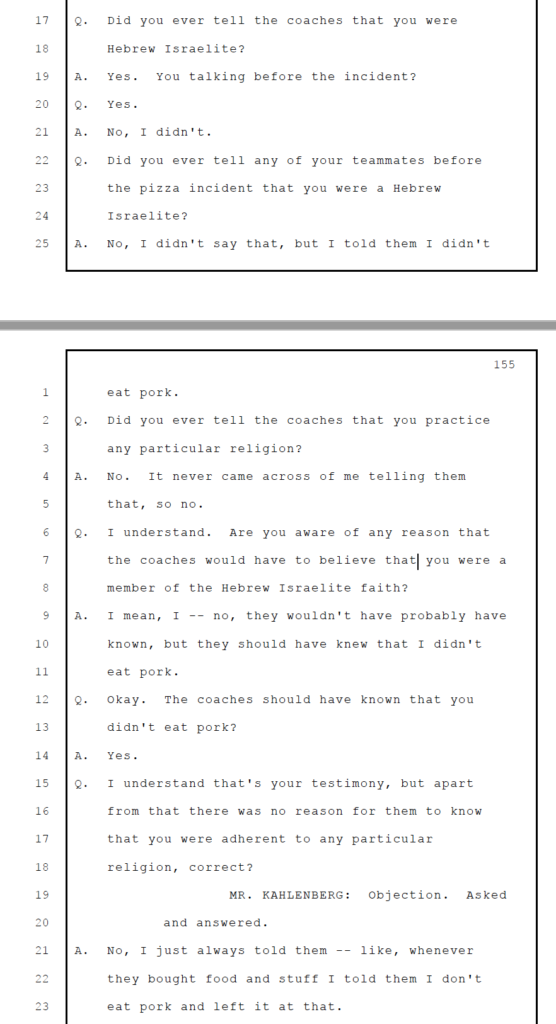 This was immediately after K.W. confirmed his participation in a team-sponsored pork rib eating contest/fundraiser in 2019. About this, K.W. testified that “I asked [Coach Wattley] if the ribs were beef or were they pork” and when Coach said he didn’t know “I just went with it and went to the contest” and “ate the ribs” without “know[ing] whether they were pork or beef.”

Further, after having admitted that he does not believe the coaches are “racist,” that he does not believe the coaches “discriminate against people based on [their race] or anything like that,” that he never doubted that these coaches “cared about his well-being,” and that he has never believed these coaches “hate” him, he also admitted that on the day after the pizza incident, after the news broke that the coaches were suspended pending further investigation of the event, he placed a phone call to Coach Thatcher in which he promised to “get this straightened out” with District officials by denying the notion that the coaches had “harmed him.” 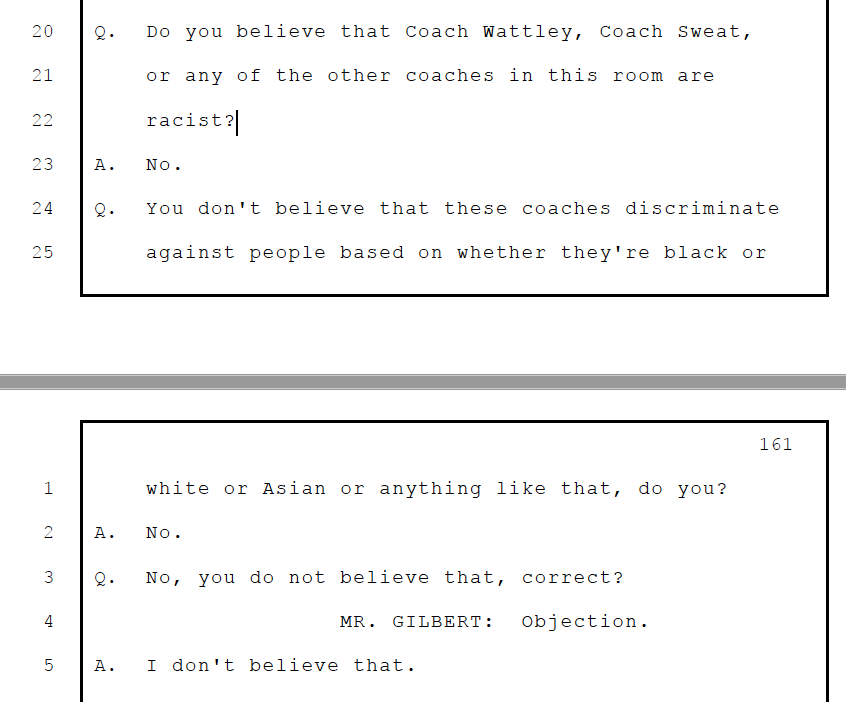 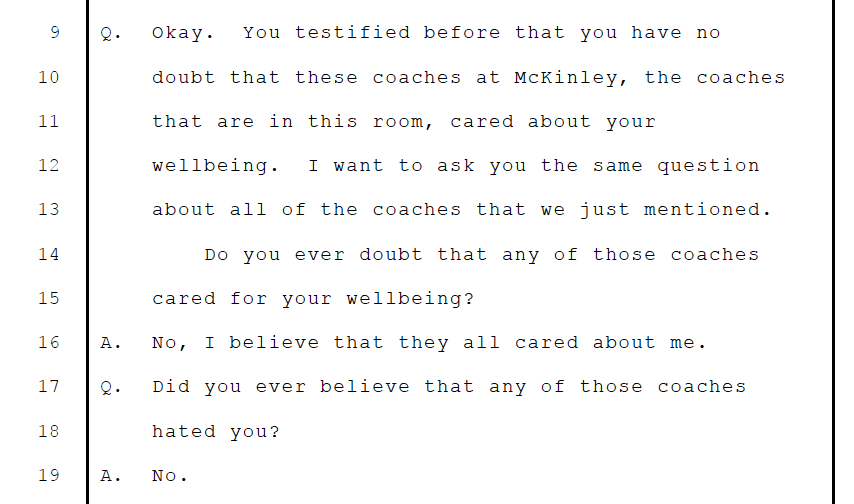 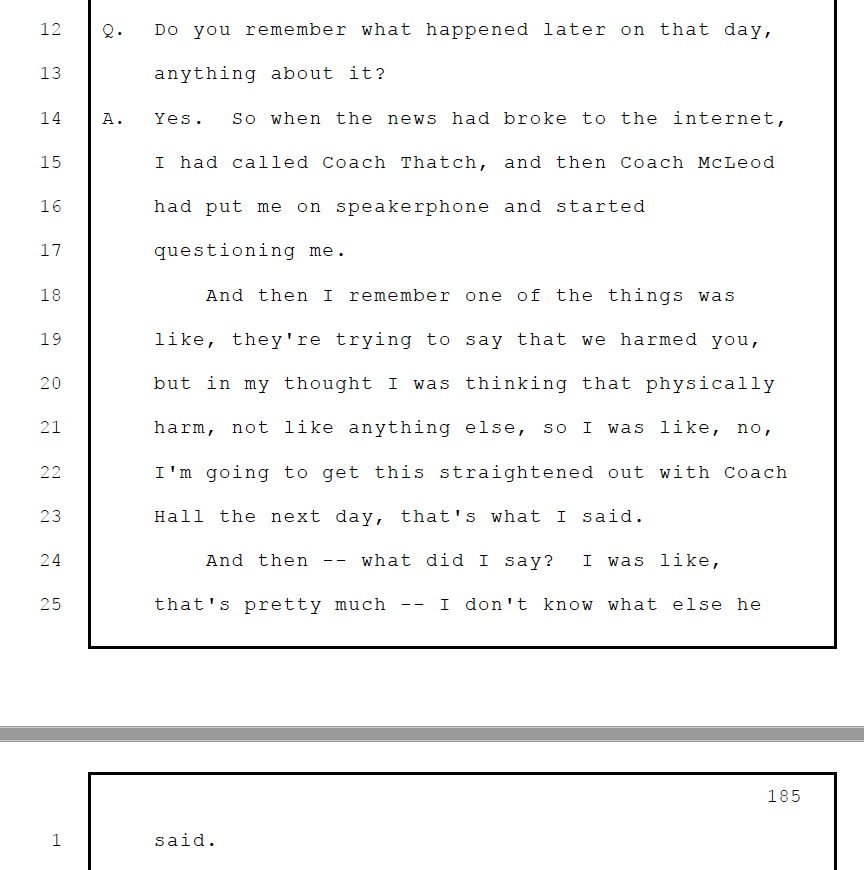 K.W. also specifically denied that any of the coaches ever shouted at him to “eat the f*cking pepperoni,” despite that Defendant Josh Grimsley—an assistant coach who witnessed the entire event and did nothing to intervene, and who had applied for the head coaching job when it was awarded to Wattley in 2019—reported the same to the school district, after having called K.W.’s father the day after the event to misrepresent it as abusive in an effort to oust Wattley from the position that he coveted. At his deposition, Grimsley admitted that told K.W. and his father that the pizza incident “was one of the worst things he’s seen” at a football practice, but he could not reconcile that statement with his admissions about disciplinary tactics commonly employed in high school football practices, including his own text messages sent to fellow coach Romero Harris only a few months before the pizza incident in which he encouraged that coach to “mentally get in the [players’] ass*s and f*ck them up in the weight room” because they “love that sh*t” and “need to get their ass*s kicked.” 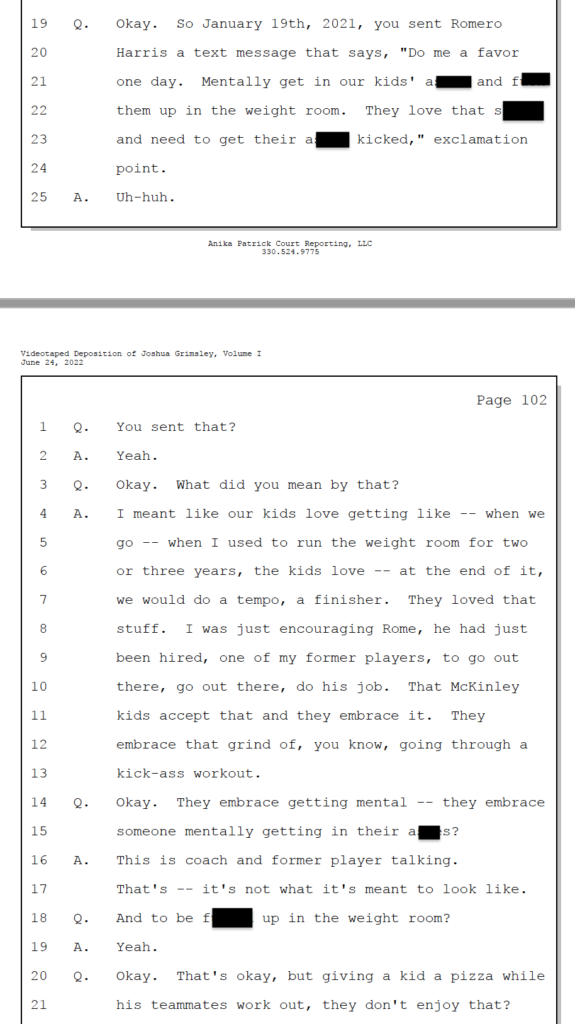 And just this past Monday, July 25, 2022, having had a full month to process K.W.’s testimony summarized above, attorney Edward Gilbert had his chance to explain the basis for his accusations that the coaches committed a “hate crime” against K.W. by designing a punishment specifically intended to violate his religious beliefs, which, as K.W. admitted, have “ruined” the coaches’ reputations. Not only did Gilbert completely refuse to identify any evidence to support his accusations, he asserted baseless claims of privilege in refusing to answer the most basic questions.

For example, when Gilbert was asked whether he agreed that “in order for a government official to be liable [in a civil rights case] for violating a citizen’s religious beliefs, those government officials would have to know about th[ose] religious beliefs” first. In response, Gilbert’s attorney instructed him not to answer the question and Gilbert accordingly not only refused to answer, but failed to identify the basis for his refusal. 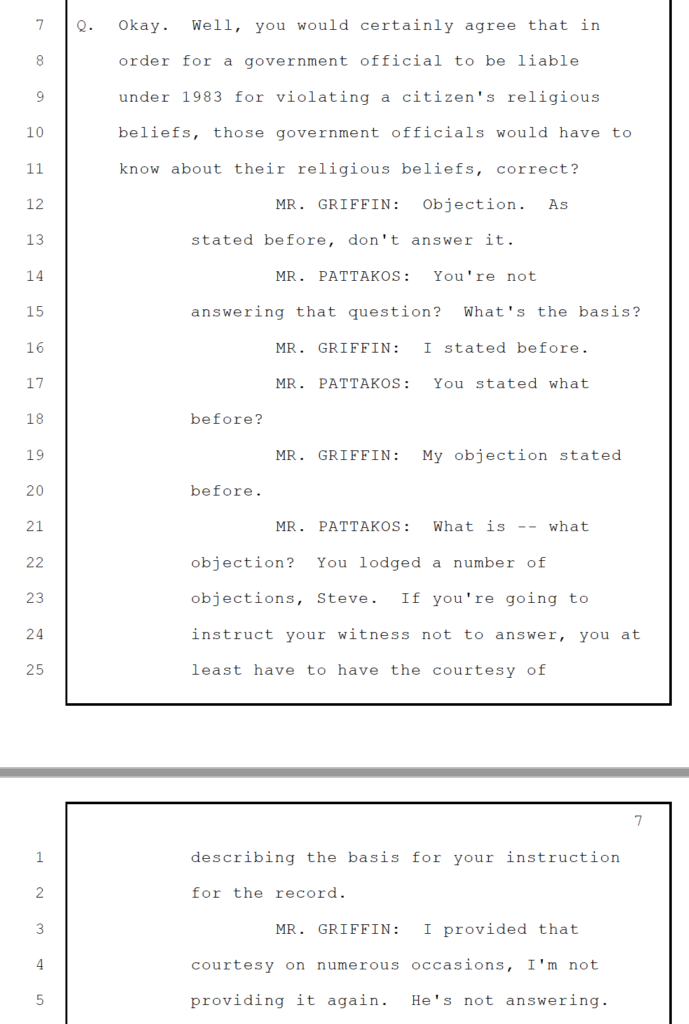 Moments later, Gilbert’s attorney similarly objected and Gilbert refused to answer when he was asked whether, “if the coaches didn’t know about [K.W.’s] religion, that it would be false to say that the coaches designed the pepperoni pizza incident with the deliberate intent to harm him and violate his religious beliefs.” 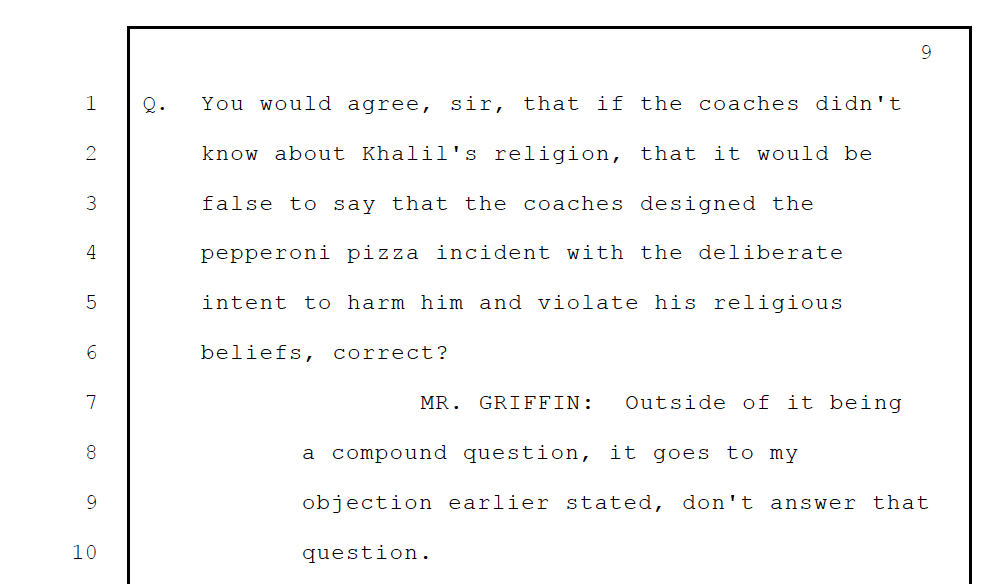 Gilbert’s attorney then shortly terminated the deposition in the middle of the questioning, requiring us to file a motion with the Court to re-open the deposition. 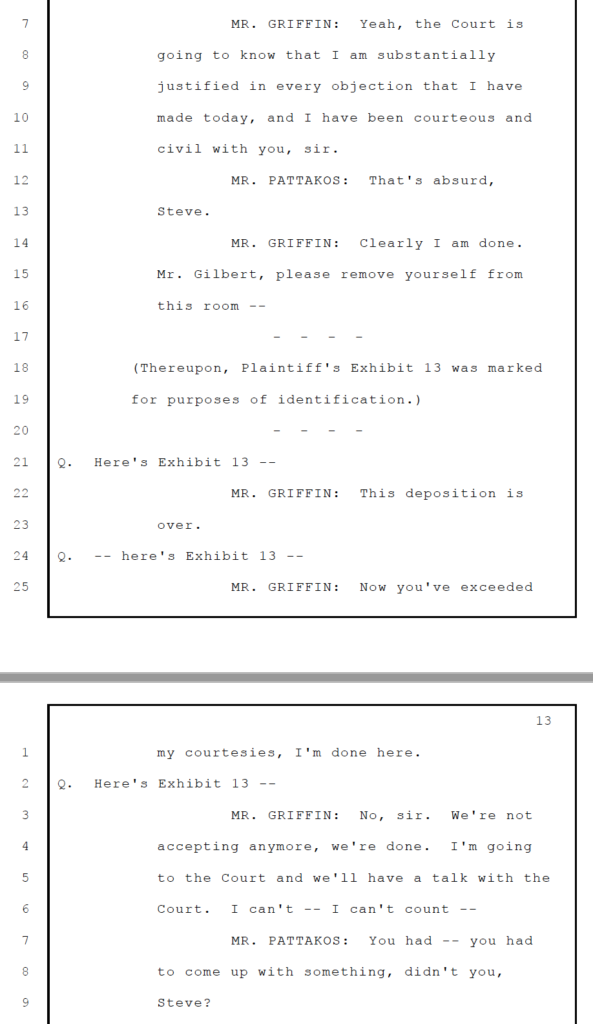 Yesterday, the attorneys for the parties conferred in chambers with the presiding Judge Natalie Haupt, who encouraged the parties to settle the case at the mediation that was scheduled for yesterday afternoon. The mediation failed after the Defendants refused to make any offer in excess of a four-figure sum.

Thus, this matter remains set for a jury trial in Judge Haupt’s courtroom on September 19, where we look forward to obtaining a verdict in the defamed coaches’ favor and continuing to clear their names, as at the above cited depositions, the full transcripts of which, along with copies of witness affidavits referenced above, are available here.