Yesterday, a unanimous panel of the Ninth District Court of Appeals in Akron (Carr, J., Hensal, J.,  Sutton., J.) issued a ruling affirming that tens of thousands of former clients of the Kisling Nestico & Redick (“KNR”) law firm be permitted to proceed in a single class-action lawsuit to adjudicate claims that they were wrongly charged a fraudulent “investigation” fee. These claims are based on evidence showing that this misleadingly named fee was wrongly deducted from every KNR client’s settlement to pay so-called “investigators” whose primary job was to chase new clients down to sign them up before they could sign with a competing firm. 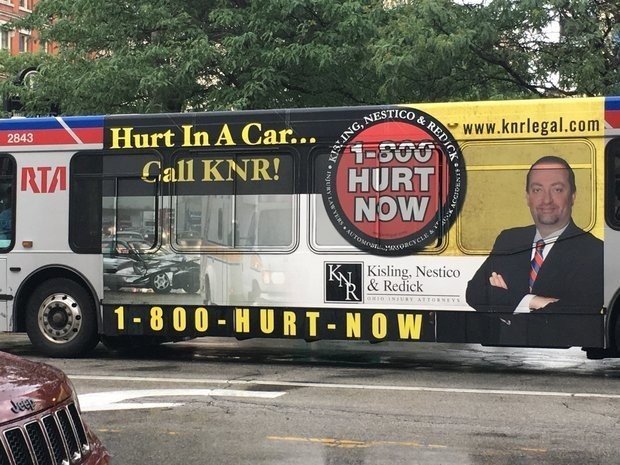 Yesterday’s ruling affirms an order issued by presiding trial-court Judge James A. Brogan, who held that “common proof will show that all class members suffered damages by having to pay the ‘investigation fee,’” and that “class members do not receive any ‘service’ in exchange for the ‘investigation fee’ – they are instead paying for a service KNR provides to itself – the service of soliciting new clients and securing their business.” The Court further observed that the so-called “investigation fee” “is essentially an ‘ambulance chasing’ fee to ensure KNR receives the client’s business rather than any competitor law firm.”

KNR had appealed Judge Brogan’s order to the Ninth District, arguing that “the extent of [the so-called] investigative services performed varied from case to case, meaning that individual analysis of each case would be required in order to determine whether the investigative fee charge was reasonable,” and that the case therefore could not be adjudicated as a class-action.

The Ninth District rejected this argument, affirming the trial court’s finding “that all of the plaintiffs were exposed to the same allegedly fraudulent conduct,” that “generalized proof could show that KNR lacked any sort of accounting for the investigative services provided,” and that the fee was “an across the board sham, a subterfuge through which KNR extracts payment from their client for the ordinary overhead cost of performing a ‘sign up.'”

Yesterday’s ruling also addressed additional class-action fraud claims that Judge Brogan certified against KNR and an associated “pain management” doctor, Sam Ghoubrial. These claims allege that Ghoubrial, who has collected nearly $8 million from KNR client settlements since approximately 2011, conspired with the firm to defraud its clients into unwittingly waiving their own health-insurance benefits and then charge them exorbitant rates for basic care—including medically contraindicated “trigger-point injections”—allowing the firm to inflate its attorneys’ fees with a minimum of effort.

In evaluating KNR’s and Ghoubrial’s argument that these claims, too, could not be adjudicated as a class-action, the Court referred to expert testimony submitted by Stanford Law School professor Nora Freeman Engstrom. Professor Engstrom is a leading scholar on legal ethics and the recent emergence of high-advertising law firms that function as “settlement mills”—where the “attorneys do not maintain meaningful attorney-client interactions and exhibit a strong preference for settling cases in a systematic expedited manner as opposed to filing lawsuits.”

After noting that plaintiffs’ allegations about “KNR’s settlement mill business model” served as “the fulcrum for [the] fraudulent schemes perpetrated by the firm and its preferred healthcare providers,” the Ninth District ruled that the case be returned the trial court for further analysis of the following issues pertinent to whether and to what extent the price-gouging claims involving Ghoubrial should also be adjudicated as a class action:

First, while Judge Brogan had ruled that “KNR and Dr. Ghoubrial conspired to remove insurance companies from the equation so that Ghoubrial’s charges ‘would escape scrutiny by the insurance carriers and other government agencies,'” the court of appeals held that further analysis is required as to how a class action would proceed “under circumstances where the insurance situations of the individual class members varied.” The court also held that additional analysis is needed as to the impact that “reduced payments” allegedly accepted by Ghoubrial in satisfying the KNR clients’ bills would have on class-action adjudication, and “whether the calculation of the overcharge could be established by common evidence in a single adjudication.”

“The Ninth District’s opinion is clear, comprehensive, and well-reasoned,” said Peter Pattakos, lead attorney for the plaintiffs. “By affirming Judge Brogan’s certification of the investigation-fee class, and clearly identifying where and how the medical-price-gouging claims require further evidentiary development and analysis, the Court’s ruling ensures that these claims will be litigated fully, fairly, efficiently, in accord with Ohio law, and bolsters our confidence that the affected clients will recover the fees that KNR and Dr. Ghoubrial wrongly charged them.”